The Journey Is the Destination

Dr. Jeremy Davidson, owner of a thriving orthodontic practice in Virginia Beach, didn’t take the same path most orthodontists do. When he was wrapping up his DDS at the University of Washington in Seattle, many of his peers were settling into lifelong dental practices or enrolling in specialty coursework. But Davidson wasn’t ready yet.

“My wife and I made an 11th hour decision for me to join the Navy,” he says. “We wanted to travel, and we weren’t ready to make any permanent decisions. I figured I could choose a specialty later if I wanted.” This decision started Davidson on a journey filled with new places, forking paths, and some rocky patches; but one which ultimately landed him in a place he loves.

With the Navy, the couple moved to San Diego and later to Naples, Italy, where their second child was born, and then on to Washington, DC. In the meantime, Davidson was developing an interest in orthodontics, and the Navy offered to cover his training. That decision led the family to spend two years in San Antonio and additional years in Virginia Beach, where he was obligated to work in return for the sponsorship.

Once the commitment ended, Davidson, who was now age 43 with three kids, faced perhaps his biggest decision yet.
He could choose to stay in the Navy until retirement or leave. The security was appealing, but at the same time, a Navy “retirement” meant that he’d be out on his own around his mid-50’s with a nice, but insufficient pension. To supplement it, he’d have to work in private practice, but it might be difficult to start anew at that age. In addition, the Davidsons wanted to wind down all their travels because of aging family members and the children’s school schedule.

“The travel and the clinical experience in the Navy were great,” he says. “On the flip side, it takes time to put down roots and grow a practice. Many of my peers were already established and ahead of me. I felt a little behind, but then again, life’s a journey anyway.”

Once he’d made the decision to work in private practice, the question now was where. He and his wife debated moving back to Idaho where they had family and considered other locales as well, but ultimately they chose Virginia Beach where they’d already spent four years. They enjoyed the area’s beauty and easy feel.

After the “where” was decided, Davidson had to answer the “how.” He couldn’t identify other orthodontists looking for partners, nor were there any great opportunities to purchase practices. So, Davidson made yet another big decision and decided to open his own private practice from scratch, Davidson Orthodontics.

It was around this time Davidson also signed up with OrthoSynetics. “I had an undergraduate business degree, so I knew the basics of running a business, but I also knew enough to not try to do everything myself,” he says. “Most orthodontists start their practices at 30 or 32. Because I felt I was behind the curve, I wanted to get up and running quickly.”

Davidson Orthodontics opened in 2012, and that first year wasn’t an easy one. He thought his military experience would give him an edge with local military families, but it didn’t really. He’d count every phone call that came in. He’d wake up in the middle of the night with worries about generating income and paying off loans. But he eventually realized that his focus should be about meeting people and getting to know them.

“It was a lot more work than I ever imagined,” he recalls. “I didn’t think I’d have to go out and ask for every start. I’d go to events and get into conversations and talk about my story. That’s how we got our first 40 or 50 patients.”

“My primary goal was to reach my income target,” he continues. “It was all about production. But what I’ve found out is it’s really about the journey to that number. It’s about realizing I had to meet people, shake their hands, and ask questions. The rewards are that I’ve met so many people. You can always be chasing more money, but that creates anxiety. Instead, I had a wonderful afternoon yesterday when a kid was telling me about his first piano recital.”

Last year, after only a few years in business, the practice won first place in a reader’s choice poll for Best Orthodontist in The Virginian-Pilot, the region’s daily newspaper.

Davidson credits his wife Mary-Jeanné with creating an office culture focused on listening to people, and Davidson himself models for his staff the behavior he wants to see. “I have to get off my butt, off my computer chair and go into the reception area and engage with everyone,” he says. “I do it every day, because if I don’t, I can’t expect the staff to do it either.”

He continues to see his life as an ongoing journey, so his plans for the next five or ten years remain somewhat undefined. But he knows he wants to remain devoted to customer service and to focus on his practice. If he opened more practices and got bigger, he believes he would probably lose the touch that makes Davidson Orthodontics work.

For that reason, he’s not worried about changes in the industry or disruptors like SmileDirectClub. He believes such providers are accessing a different, untapped market that wouldn’t ever go to a traditional orthodontist. As long as an orthodontist’s perspective is to help people, he or she will find patients. After all, there will always be kids with malocclusions.

“If I were to give advice to someone starting out, I would tell them not to get on social media and compare yourself with others,” he says. “Maybe other people are farther along in their career or may seem to have a better quality of life, but you don’t really know. It’s best to stay in your own lane and understand that everyone has their own story.” 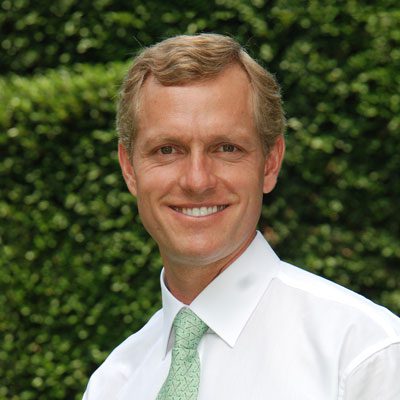 How to Prevent Attrition and Increase Your Loyal Client Base January 18, 2023
How to Make Your Website More Attractive to Potential Clients January 17, 2023